Mourning the Maple Wheat – A Review from the Late 90s

Please note: This review was originally posted in the late 90s. Enjoy for historical and nostalgia purposes only.  It does not necessarily represent the present day.

The Niagara Falls Brewing Company was once Ontario’s most innovative brewery, producing beers like no other in the province. However, their beer lineup has underwent some changes in recent years, and three of their finest beers were discontinued, and replaced by beers not possessing the same daring spirit. I would like to commemorate the Niagara Falls Brewery and the beers that made the brewery the most innovative in Ontario.

At the 1997 Toronto Festival of Beer during the summer I met the new brewing consultant for the Niagara Falls Brewing Co., Rick Neheli. He was replacing departing Wally Moroz, who was returning to the wine industry from whence he came. I spoke with Rick, asking if there would be changes to the Niagara Falls lineup. He answered in the affirmative. Obviously any brewer brings his or her own style to a brewery, and Rick was charged with continuing the tradition of quality at Niagara Falls. Two beers of note from their lineup at the time were cancelled: the Kriek and the Maple Wheat. Since then, another fine brew, Brock’s Extra Stout, has also been discontinued. These beers deserve an elegy, and like the history of the Upper Canada Brewing Company, they should be remembered by Bar Towel readers.

Niagara Falls Brewing’s beer lineup from 1995-1996 will forever be remembered as one of the most diverse and interesting that Ontario has ever tasted. The slate included: Maple Wheat, Olde Jack Strong Ale, Gritstone Ale, Brock’s Extra Stout, Apple Ale, Kriek, Saaz Pilsner, and of course, Eisbock. These beers spanned numerous flavours and styles, a rarity to find such interesting types of beer all at once, from one brewery, and all of high quality. Perhaps the brewery was ahead of its time for the Ontario marketplace in 1996, as this slate did not last, but they should be celebrated and remembered by the fortunate few who were lucky enough to taste these brews.

The Kriek, cancelled along with the Maple Wheat in 1997, was one of Ontario’s few fruit beers at the time. Flavoured beers were rare experiments at the time, with the exception of the honey brown fad in the industry. Niagara Falls took Belgian inspiration from their cherry flavoured beers and created a wonderful Ontario interpretation. The brew was light red colour, with a refreshing tart and sour cherry taste. The fruit flavour was not overpowering, but complemented the taste very well. And at 6.5%, the Kriek was pleasantly warming. When I toured the brewery in 1996, the Kriek was the current favourite among the Niagara Falls staff, and our tour guide reminisced about how a few of the workers finished off an entire keg in one sitting. There are other fruit beers in the market today, like the thriving Kawartha Lakes’ Raspberry Wheat. But the Niagara Falls Kriek was special, and is missed.

The discontinuation of the Maple Wheat was a great loss to Canadian brewing. The Maple Wheat was a undoubtedly Canadian brew, incorporating Ontario maple syrup with wheat from the Canadian west. The result was a very complex, flavourful brew, and when it was unveiled in 1992 it was at the time Canada’s strongest beer at 8.5%. Depending on the serving temperature, the aroma and taste of the brew varied. The smell could have been malty, maple or brandy. The taste had a subtle maple flavour, but if the brew was left to warm, the maple sweetness burst onto the palate. Maple brews are rare in this country, but a few exist. Upper Canada released a Maple Brown Ale in 1998, but it pales in comparison to the original Maple Wheat from Niagara. Like the Kriek, this will be sorely missed.

Since the cancellation of the Maple Wheat and Kriek, another Niagara Falls brew has unfortunately been discontinued: Brock’s Extra Stout, last produced over a year ago. This was one of the finest stouts available in the province, and with McAuslan’s St. Ambroise Oatmeal Stout, one of the finest in the country. It was thick, black and chewy, what all good stouts should be.

Niagara Falls was daring, and their beers reflected this attitude. The beers were experimental, and gave Ontario beer connoisseurs a rare and appreciated gift. With the exception of the Maple Wheat, Kriek and Brock’s Extra Stout, the rest of the 1995-1996 slate is still produced, and the surviving beers should be celebrated.

When the brewery opened in 1989, it produced Eisbock, a now-legendary brew. Niagara Falls was the first brewery in North America to produce an eisbock, a potent German-style bock beer. The brew is frozen during the brewing process, and the ice is removed (which is just water, as water freezes before alcohol). The resulting brew is of extra-strength, with enhanced character and complexity. The Eisbock is produced once a year, and a new label is created for each vintage. An extra-concentrated version, Eisbock Gold, was discontinued. But the original Eisbock, although losing some of its complexity during the last few vintages, is a worthwhile brew to seek out each year.

The remaining Niagara Falls beers from the 1995-1996 slate remain some of the most unique in the province. Olde Jack is billed a strong bitter, but invokes tastes of Belgian and British ales. The Apple Ale is an apple-flavoured brew, and most definitely a beer and not a cider. And both the Saaz Pilsner and Gritstone Premium Ale are tasty, rich and distinctive. To round out the lineup, Niagara also produces Premium Lager and Premium Light.

Unfortunately, the beers that replaced Maple Wheat, Kriek and Brock’s Extra Stout were not as ambitious. The beers unveiled since 1997 are Best Bitter, Weisse and Scotch Ale. While all are fine interpretations of the styles, they do not have the daring character that an Ontario beer connoisseur came to expect from Niagara Falls. They represent styles that are common in the province, with the exception of perhaps the Scotch Ale. It is saddening to reflect on what Niagara Falls once was, and what is today. However, some of the ‘legendary’ slate is still with us, and they should be appreciated. Hopefully Niagara will reincarnate some of the spirit that made them the most innovative in the province as we proceed through this new decade. 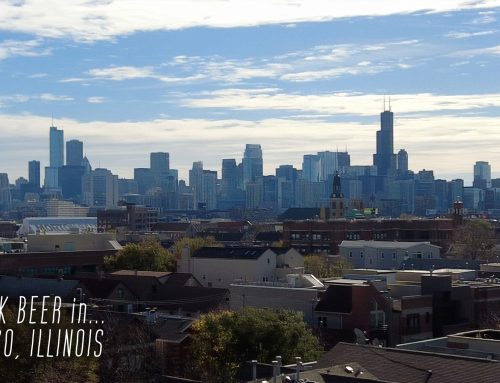 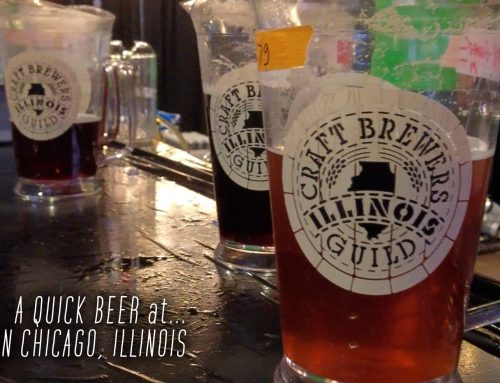 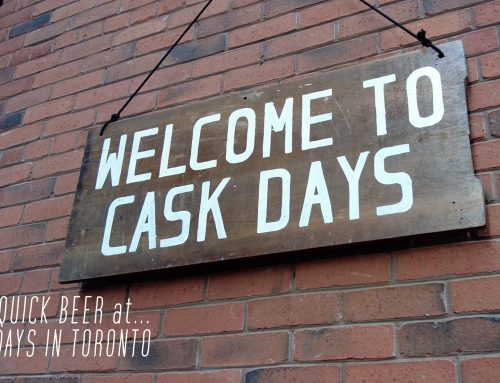 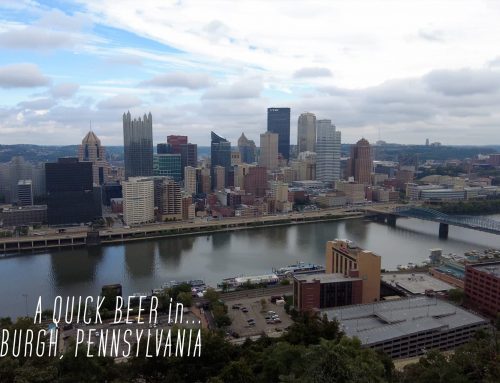