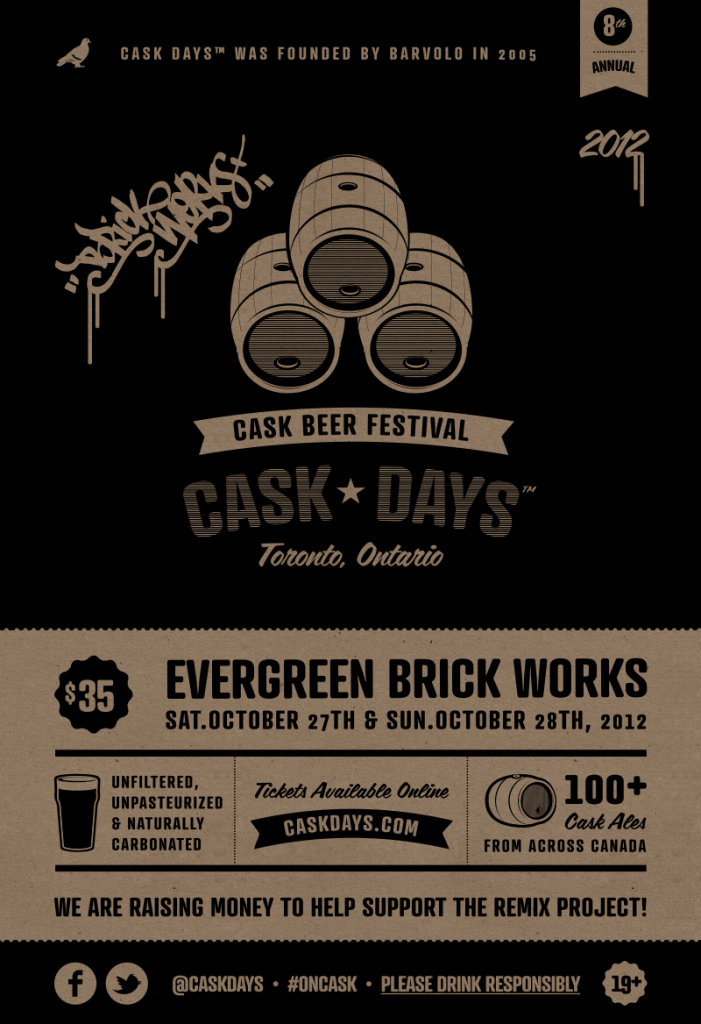 The countdown to Cask Days is on, with only a couple of days left until the big event at the Evergreen Brick Works.

If you’re too excited to wait until Saturday, Bar Volo is hosting a couple of pre-events – tonight features a cask takeover by Half Pints of Winnipeg, Manitoba, and tomorrow features a special cask of Howe Sound Pumpkin Eater from B.C.

But it’s the festival itself on Saturday and Sunday where over 70 breweries bring 100+ cask beers together for the largest event of its kind in the country.  There’s beer, food, music, art – the event promises to be a great one – but there’s only limited tickets remaining so you best get one before it’s too late.

The Bar Towel is getting in on the action this year as well – through our sister event series the Brewer’s Backyard, we are proud to be hosting a special section at Cask Days that features pumpkin and harvest ales!  So as a part of the incredible selection of cask ales you can find at Cask Days, please stop by our Brewer’s Backyard area to try out the following:

See you at Cask Days!