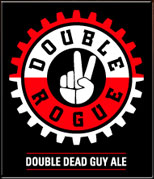 The next LCBO Brewery Feature, the successful program whereby a number of beers from a single brewery are debuted simultaneously, will be Rogue from Newport, Oregon.

Rogue is the first American brewery to be a part of the LCBO’s program, which has in the past featured Dieu du Ciel!, Harviestoun and most recently Norrebro.  Rogue, one of the most well-known craft breweries in the United States, is no stranger to Ontario having had various beers released in the province over the years.

The following beers will be a part of the Brewery Feature:

The Rogue Brewery Feature will hit select LCBO stores at the end of June.