Categories: Beer Events, On The Road ReportsPublished On: April 26, 2012 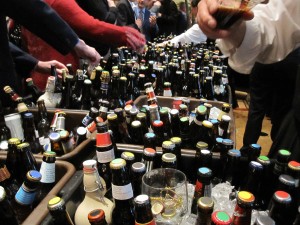 Just your typical beer selection at a CBC reception.

As we discussed in Part One of our preview, the Craft Brewers Conference (CBC) is always a great opportunity to sample the host city’s beers, bars and breweries (this year it’s San Diego, California). But the core reason brewers from all over the world come together is for the conference itself.

The CBC, organized by the Brewers Association, is the largest event of its kind in North America. It’s quite the event, where literally thousands of industry professionals including brewpub and bar owners, brewery owners and staff, beer writers, brewery suppliers and brewing hopefuls meet to learn, network and of course, drink. It is in effect just as much a conference for Canadians as it is American, as dozens of industry folk from north of the border make the trek to the CBC. It’s one of the few times Canadian brewers from coast-to-coast are together in one place. 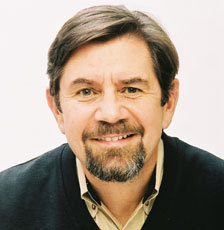 Note: Picks are listed in order of schedule, not preference.

Thursday, May 3, 9:15am. You’ll definitely won’t want to miss the opening keynote speaker, Steve Hindy, co-founder of the Brooklyn Brewery. Brooklyn is certainly one of the most well-known and successful craft breweries in the U.S., and they have loads of interesting stories from their early days right up to the present. Certainly Steve will be sharing some of them with the audience to kick things off and set the tone of the conference.

Thursday, May 3, 2:00pm. Toronto’s got one, Vancouver’s got one, and they’re popping up everywhere. Navigating through 50+ Beer Weeks is a roundtable discussion with Chris Lennert, Don Russell, Jay Brooks, Josh Schaffner, Julia Herz and Matt Younts and should provide some interesting insights from the successful beer week events in the States.

Thursday, May 3, 2:00pm. Cask ale has been hot for the last couple years in Ontario, with numerous events and brewers getting in on the action. Tim Surprise, president of Arcadia Ales in Battle Creek, Michigan is hosting a roundtable entitled Cask Ale – Keeping it Real on the Street discussing his experiences with cask. Should be interesting to hear what cask has done for brewers in the U.S. and any learning we can take back home.

Thursday, May 3, 4:50pm. As we’re in Canada, it’s always interesting to hear the perspectives of U.S. craft brewers talking about distributing abroad. The trials, tribulations and lessons learned in the export market for American Craft Beer is a panel with Dick Cantwell of Elysian, Fred Mendes of Boston Beer and Steve Grossman of Sierra Nevada and should provide an interesting discussion, especially if the conversation turns to distributing in Canada – as the panel includes those who have and those who haven’t.

Friday, May 4, 8:30am. If anyone is keen on starting a beer bar, there’s a number of seminars dedicated to this as well. This panel seminar, entitled Bar Start-up and Efficiency, includes owners of a few very successful beer bars in the U.S.: Daniel Lanigan from Lord Hobo in Boston, Alec Lopez from Armsby Abbey in Worcester, MA and Tom Peters from Monk’s Cafe in Philadelphia. Tom is also involved in Toronto’s beerbistro so their insights and stories running top-tier craft beer bars will surely be interesting.

Friday, May 4, 4:00pm. There’s always lots of interest in the panels about the more challenging aspects of brewing, so A Comprehensive Look at Sour Ale Production with the all-star lineup of Peter Bouckaert, Ron Gansberg, Tomme Arthur, Tyler King and Vinnie Cilurzo will definitely be a full room. Other technical brewing seminars that will likely be worth checking out include Berliner Weisse (Thursday, 3:30pm), Flemish Brown Beers (Friday, 2:40pm) and Brewing with Fruit (Saturday, 9:30am).

Friday, May 4, 4:00pm. Any successful business is driven by growth, and craft brewing is no exception. The more people that can be attracted into craft beer, the better the industry will do as a whole. This seminar, Multicultural Marketing and Women and Beer Relationships, explores two segments that are generally under-represented in the craft beer scene – but hopefully that is poised change.

Saturday, May 5, 10:50am. We’ve got a number of start-up breweries in the works in the GTA and beyond, so it would definitely be a good idea to check out Lessons for Start-up Brewers, a seminar by Dr. Michael Lewis about what brewers should know when they’re getting going from zero. Dr. Lewis has been involved in the UC Davis brewing program since 1962 so he’s certainly got the credentials behind him.

Saturday, May 5, 10:50am. Craft brewing has always leveraged ‘local’ to great success. Some breweries are taking that even further, beyond brewing locally to using local ingredients as well. This panel, entitled Brew Local! Supporting Local Economies and Farms will feature Brandon Schilling from Standing Stone Brewing, Jesse Friedman from Almanac Beer and Sean Lilly Wilson of Fullsteam Brewery. Should be great to hear how they’ve integrated local and sustainable practices into their operations, as we’re certainly seeing that more and more in Canada as well.

The CBC is an event that brewers and industry professionals from around the world look forward to. It’s a great event and one that just about everyone who attends comes home inspired to do something great with craft beer. The Bar Towel is definitely looking forward to attending once again and would love to meet up and chat craft beer. Drop me a line (Cass) at cass@cecktor.com if you’re heading down to the conference, follow along on Twitter or chime in in our Discussion Forum topic about the CBC.