Categories: Beer Events, On The Road ReportsPublished On: March 24, 2013 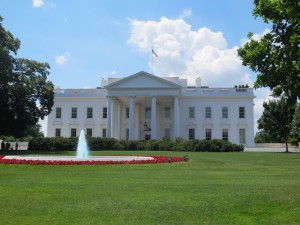 The Bar Towel is proud to present our annual preview of the Craft Brewers Conference (CBC), taking place from March 26th to 29th in Washington, DC. Part One of our preview covers our picks for some of the beer bars and cultural highlights to see in the city, and Part Two will cover our picks for the conference seminars.

For those going to the Craft Brewers Conference this week, Washington, DC will be a city that you are very familiar with.  You’ve seen the buildings, the monuments and the landmarks through numerous movies, TV shows and the news.  It’s a bit of a strange sensation when, after being so familiar with a place, you finally see it with your own eyes.

Washington, DC is the capital of the United States, a top-notch tourist destination and an emerging and evolving beer city.  It’s not quite at the level of heavyweights such as San Diego, San Francisco, Portland, Chicago, Denver, New York or Philadelphia, but DC has a lot going on for it.  And this week is our chance to discover and drink.

The CBC returns to the east coast for the first time since Boston in 2009, having been in California for the past two years and Chicago in 2010. Perhaps Washington is a non-obvious choice from a beer perspective, but as the CBC is heavily into governmental affairs, it makes sense to bring the conference to the home of Congress. But even though the Congress issues may not be terribly relevant for Canadian brewers, this doesn’t mean it won’t make for a great beer and education filled conference. 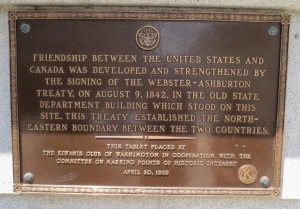 Still friends to this day.

2013 represents the first year of a new format, whereby the conference is held in a traditional convention centre (the Walter E. Washington Convention Center), rather than a hotel. This should give the conference a bit more breathing room, but might take away a bit of the intimacy and convenience of having the conference and accommodation in one place. But on the plus side it looks like capacity was increased – the conference registration closed only last week, when usually sells out quite some time in advance.

The CBC follows a fairly regular format, with professional seminars and panels throughout the day, hospitality events in the early evening and many official and unofficial events throughout the night. With past CBCs, the host city tends to get in on the action with many local bars participating and hosting their own satellite events, capitalizing on the craft beer interest and industry folks in town for the week.  This won’t be any different in DC this year.

Date wise, the CBC has shifted the entire schedule up a day, so the core event runs from Wednesday to Friday rather than Thursday to Saturday. Likely this is to allow attendees to not have the CBC interfere with the weekends, which is a good thing for those with other commitments. But it does eliminate the weekend blowout to end the conference, but the local bars definitely will pick up the slack.

Now, onto the local beer scene.  With recent past CBCs, the event acts as much of a showcase for the local beer culture as it does a host for the conference. As there are craft breweries popping up all over the US, the CBC host cities are an opportunity to see what the local breweries, brewpubs and beer bars have to offer. And with Washington, the local brewing scene might not be on the level of the past few years’ host cities, but there’s a great deal of good beer in the area worth seeking out.  Some of the beer bar highlights in DC include: 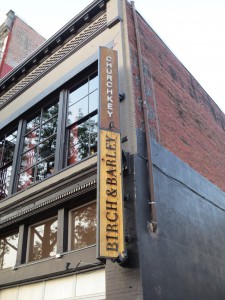 ChurchKey / Birch & Barley.  This is a truly world class beer bar. Birch & Barley is a restaurant on the main level, and ChurchKey is a casual bar upstairs. They’ve got an incredible beer selection with diverse and interesting selections from all over. ChurchKey seems to be perpetually packed and rightly so, and this will be a hot spot during the CBC.  You can expect to find 50+ beers on tap, including a selection of casks.  Everything on the menu can be ordered as a 4 ounce sample or a full glass, which size varies for the style.   The beer menu is incredibly diverse, from local breweries (Flying Dog, Stillwater, Dogfish Head) to American craft, both common and rare (Founders, Sierra Nevada, New Belgium, Allagash, Uplands), and international.  It’s one of the best beer selections on draught I’ve seen, period.  And if you’re peckish, try the Disco Fries which seems to be their take on our beloved poutine!

Pizzeria Paradiso.  A bright, airy space that is jammed upon open, with a three locations in DC (visited Dupont Circle location). A rock star beer lineup and fantastic pies – definitely eat along with having some of their delicious beer. They have a small but well-chosen draught beer lineup with beers from the U.S., Belgium and elsewhere (has included Bear Republic, Allagash, Loverbeer, Heavy Seas, Elysian, Porterhouse, Pratt St.) along with a dynamite bottled beer list. 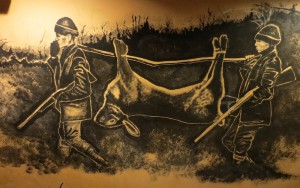 Just one of the interesting visuals you’ll see at The Big Hunt.

Kramerbooks & Afterwords.  If you like books and beer (who doesn’t?), Kramerbooks is a unique spot as it is a bookstore, and a café and beer bar as well.  Located on Dupont Circle, their café and bar has a solid draught list including DC Brau, Old Dominion, Allagash, Great Lakes and more.

Downtown and close to the convention centre, if you’re in the mood for some house-brewed beers, the District ChopHouse and an outpost of the Gordon Biersch chain are nearby.

As with every CBC, there are tons of events happening around town, from special tappings and tastings to bigger gatherings.  Other beer bars in DC that are hosting events during the week include The Black Squirrel, Boundary Road, Jack Rose Dining Saloon, Meridian Pint, Scion, Smith Commons, Smoke and Barrel and even more – there’s tons of stuff going on during the week.  Check out DCbeer.com to stay on top of the latest events and be sure to bookmark them – it’s a comprehensive online resource about the DC beer scene, with more than we could cover in this preview.  Check them out.

The CBC itself has a number of hospitality events throughout the week, always a good way to wrap up the seminars with a bite and some samples.  You might also want to take check out Amber Waves, a unique-looking art exhibition co-hosted by Victory and Dogfish Head.  If you’re in the mood for a film, Beer Hunter, about famous beer writer Michael Jackson, is getting a debut during the CBC.  And if you’re into tunes, the 9:30 club has some special music nights with Dogfish Head, Flying Dog and Devil’s Backbone.

Now, Washington does have a lot of great bars, and you’ll have no difficulty staying all beered up for the week. However, we would be totally remiss if we didn’t encourage some culture on top of all that beer. Washington is an A+ destination for American history and cultural landmarks, so we highly recommend seeing some of what Washington has to offer outside of the convention center (and bars).

So, you’ll want to go for a wander around the city and see the things that you’ll recognize, including the White House, National Mall, Lincoln Memorial, Washington Monument, Vietnam Veterans Memorial, just to name a few.  As you walk around you’ll notice all kinds of landmarks with incredible historical significance, all worth seeing with your own eyes.  Don’t miss them while you’re in town. 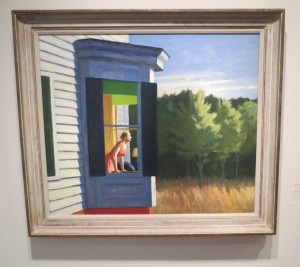 Edward Hopper on display at the American Art Gallery.

Then there’s the Smithsonian. The Smithsonian actually refers to a collection of 19 museums and galleries, a zoo and more. Many of them are spread around the National Mall and throughout downtown, and you should definitely check some out. And the best of all, most of them are FREE.

Some of our favourites include:

There will be no shortage of things to keep you busy at the CBC this year.  Washington has a burgeoning craft beer scene, with some excellent beer bars and a great selection of beers from across the U.S. available.  Culture and history abound, with noble and classic architecture and a staggering amount of sights to take in.  So make sure when you get to Washington you find some time to explore beyond the convention centre, you won’t regret it.  But you’re going for the conference, aren’t you? Stay tuned for our picks on which seminars during the actual conference you shouldn’t miss!