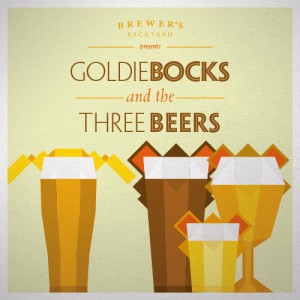 The 2014 season of the Brewer’s Backyard kicks off on Family Day, Monday, February 17th with an event entitled Goldibocks and the Three Beers.

The event will feature four breweries, each bringing three beers: Indie Alehouse, Amsterdam, Great Lakes and Nickel Brook.  The breweries will be bringing beers that range from lighter in flavour to bolder in flavour, which will include an aged version of Spring Bock, Rebecca and Boneshaker from Amsterdam; Johnny Simcoe, Crazy Canuck and Harry Porter and the Bourbon Soaked Vanilla Bean from Great Lakes and APA, ESB and Maple Porter from Nickel Brook.  Pimenton and Indie Alehouse will be serving up some delicious food, including paella, empanadas and flavoured popcorn.

The Brewer’s Backyard will take place indoors at the Young Welcome Centre of the Evergreen Brick Works from 11am-4pm on Monday, February 17th.  Admission is free and the event is all ages.  We look forward to seeing you on Monday!