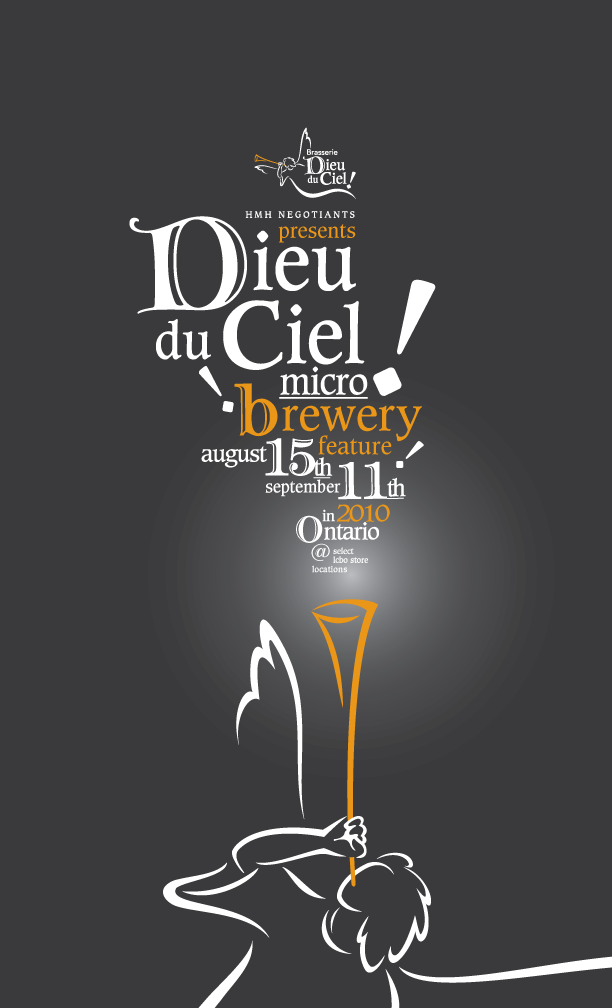 HMH Negotiants are happy to announce that Brasserie Dieu Du Ciel! will be showcased in a LCBO microbrewery feature, which will bring five of their brands to over 25 LCBO locations across the province! The feature will begin appearing on shelves starting August 15th, 2010  and will run until September 11th, 2010. An array of Brasserie Dieu Du Ciel! brands will also be part       of several LCBO beer seasonal releases for this year.  HMH Negotiants will be planning a series of special events across Ontario to promote this feature that will be announced shortly. The following brands will be part of the microbrewery feature:

The following brands will be available for seasonal LCBO Releases;