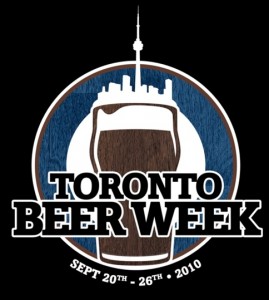 Today marks the official start of Toronto Beer Week, the first ever event of its kind dedicated to Toronto.  Pubs, bars, restaurants, breweries from across the city are participating all to promote great craft beer.

Things unofficially kicked off yesterday, with a five-course brunch at beerbistro featuring the beers of Dieu du Ciel!.  The brunch featured such delectables from Chef Brian Morin including duck confit waffles, Peche Mortel ice cream and a brioche ham and brie “grilled cheese”.

Later in the day the winners of the TBW Homebrew Competition were announced:

Toronto Beer Week is going to be a great one.  Be sure to get out there and check out some of the great spots across the city that support craft beer.  You can find the latest events listing here.