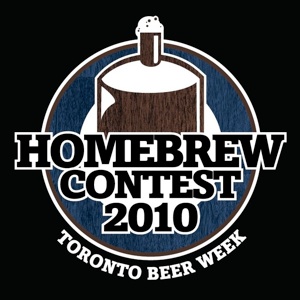 Toronto Beer Week is proud to partner with the Amsterdam Brewing Company to offer a spectacular prize to the winner of the Toronto Beer Week Homebrew Contest 2010. Not only will the winner experience the pride of being the top dog, but they’ll also experience making their beer on a larger scale under the supervision of Amsterdam’s brewmaster, Jamie Mistry, at the brewhouse. Amsterdam will then release the beer from their brewery store, with a portion of proceeds being donated to a charity of the winner’s choice.

Amsterdam have a great history of supporting homebrewers – they’ve hosted a teach a friend to homebrew day and they also won a Golden Tap award in 2009 for the doppelbock they produced in collaboration with local homebrewer and Bar Toweller, Derek Hyde. We’re excited to have them onboard and supporting the local scene. We’re also excited about drinking the winning beer once its released!

In addition to the grand prize, there will also be extra prizes for the second and third placed brewers, as well as the style category winners. The second placed entrant will experience being a brewer for the day at the Granite Brewery in Toronto, where brewmaster Ron Keefe will show you how he makes his fantastic range of ales. Individual category winners will receive a homebrewing prize pack courtesy of our sponsors, Hops Direct and Canadian Homebrew Supplies. The third placed entrant will also receive a subscription to Taps: Canada’s Beer Magazine.

The deadline for submissions is September 15th and full rules and entry form can be found by clicking here.