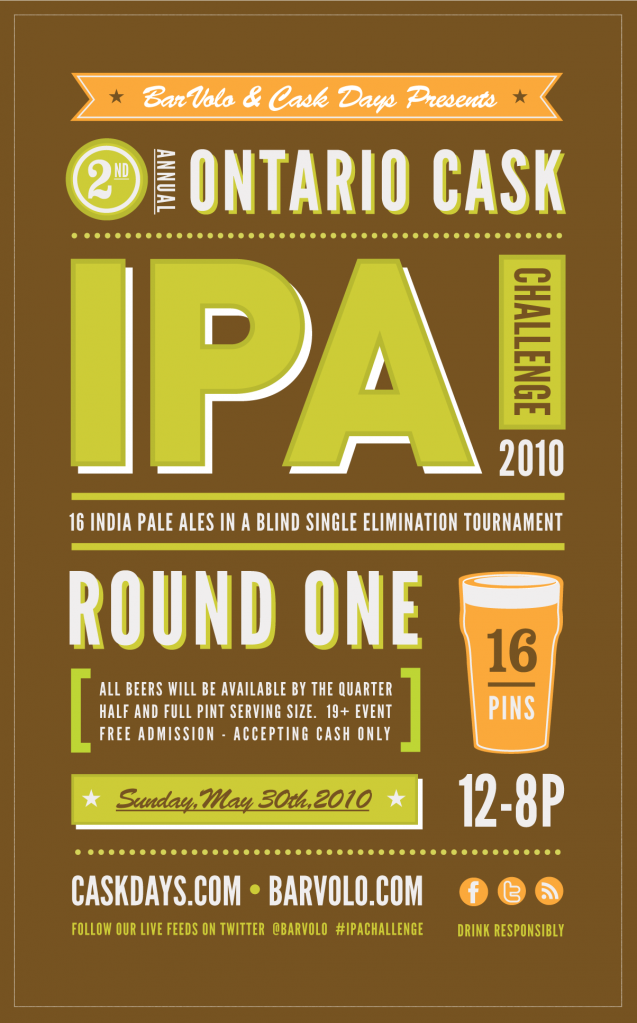 It’s now 2010 and barVolo would like to invite you to participate in the 2nd Annual Ontario Cask I.P.A Challenge. This year will feature 16 India Pale Ales on cask, with three rounds, all tasted blindly. The top score from each beer pairing will advance to the next round.  All participating beers will be disclosed as brewers submit their beers, please check our website for updates. 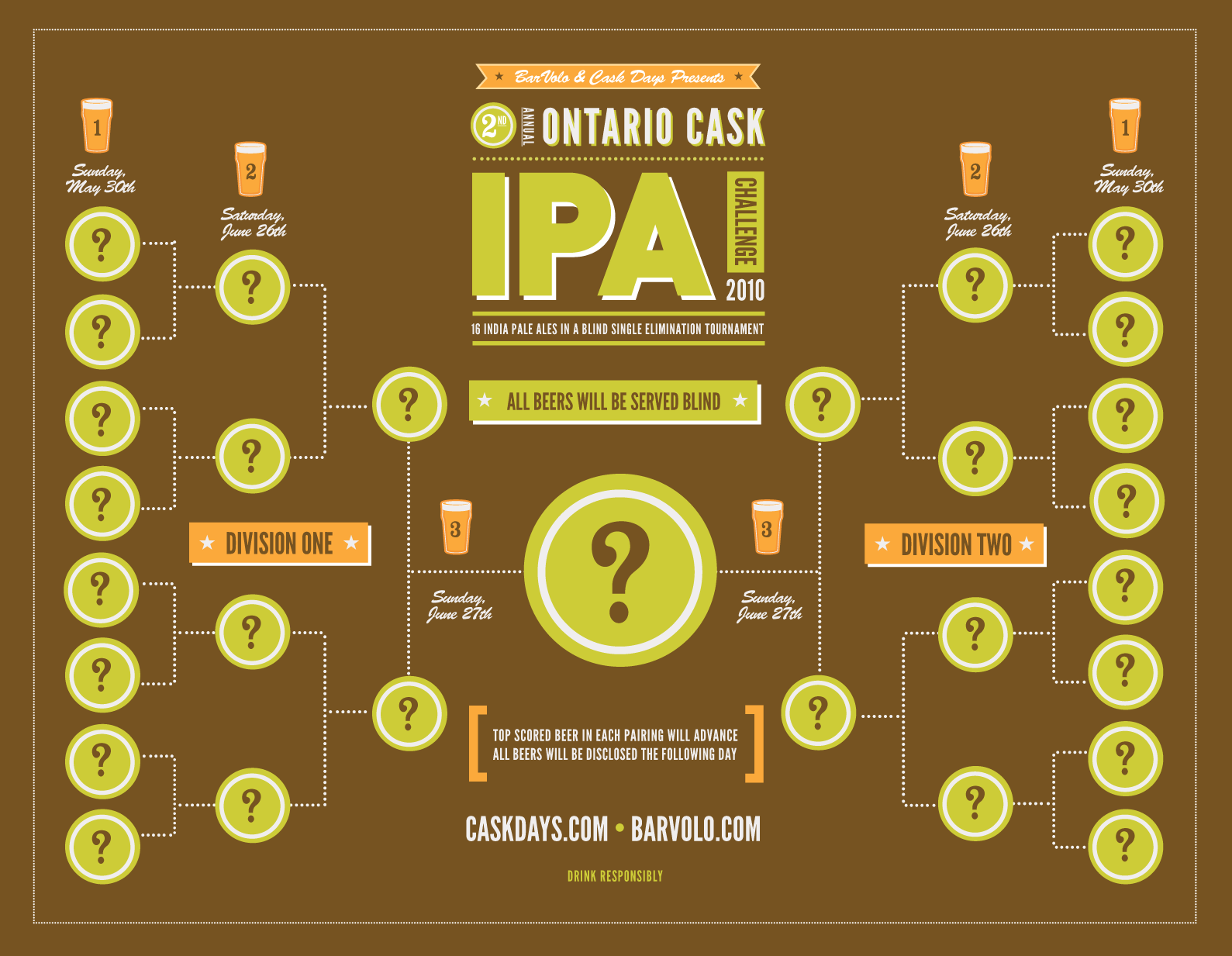